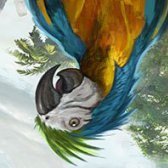 How can you hire and be okay with such terrible programmers?

By mattcscz, December 3, 2019 in General Discussion