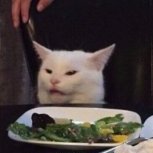 Too many Ships of the damned?

By Vegetto, February 16, 2019 in General Discussion