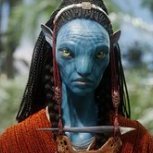 PVE: living on somebody elses island is worse than lawless