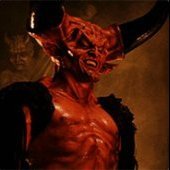 How Ironic, Atlas Is a Sinking Ship