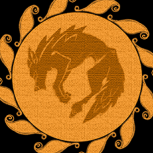 This game is missing the RIGHT kind of conflict.