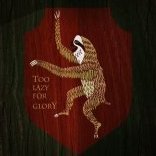 wishes and suggestions. new mode in the game "boarding"

By Rubash, April 2, 2019 in Feedback and Suggestions