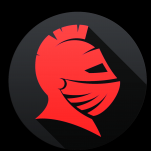 Suggestions for the Polar Regions

By SerMedieval, January 7, 2019 in Feedback and Suggestions