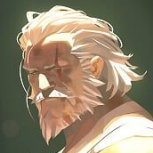 lawless region Get rid of Lawless Regions, and instead add...

By Acemore, December 30, 2018 in General Discussion