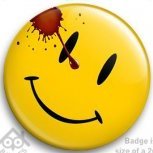 Suggestion: Ship in a bottle

By boomervoncannon, August 2, 2019 in General Discussion